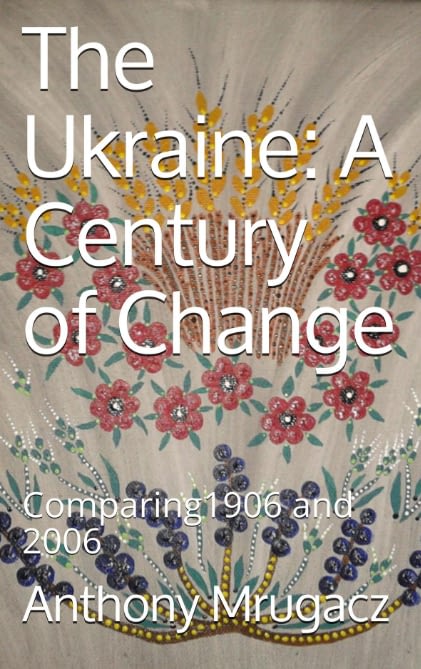 Also available as an eBook on Amazon Worldwide

An overview comparison of many aspects of the Ukraine over 100 years from 1906 to 2006. Recent political events have made this country pop up on the radar of worldwide media. The information provided is to give the reader a concise update on the rapid journey through the 20th century to mpodern times. There have been many changes over the past ten decades but the troublesome aspects still remain the Euro-Asiatic State.

Also available as an eBook on Amazon Worldwide – As an Amazon Associate I earn from qualifying purchases.

When we put forth the idea of a country in 2006 the concept of functioning institutions are used to describe it. However this concept was not truly applicable a century before as a country existed based on its rulers, centuries long economic traditions, military capability, religion, and natural resources to name a few. The 20 th century was an era of often violent transformation throughout the world with the most influential concepts being the advancement of Wilsonian ideals and global acceptance
of codified international law. This process of change placed the Ukraine in a grueling meat grinder in 1906 and the outcome in 2006 is remarkably different than results found in the rest of the world. As the modern world evolved, Ukrainians dug in their heels in the black earth…  read more